Coming Soon - Available to Ship on the Release Date of February 22, 2023

The most sought-after crossover in MOTIV® history is here with the introduction of the Primal™ Shock! Combining two of MOTIV’s greatest releases, the Primal™ Rage and Venom™ Shock, the Motiv Primal™ Shock bowling balltakes the best of both balls to create something truly special. Turmoil™ MFS cover technology from the Venom Shock and the Impulse™ V2 core from the Primal Rage combine to provide strong mid-lane traction with plenty of angle down lane. The Motiv Primal Shock dominates medium to heavy oil conditions, offering a vast array of options to attack the lanes. This is a can’t miss combination that bowlers have been asking for since 2013!

Turmoil™ MFS technology has been a benchmark for MOTIV®, providing moderate mid-lane traction with plenty of down lane motion. Featured in the longest running MOTIV® ball of all time, the Venom Shock, this cover perfectly balances control and aggression. This is the pinnacle of benchmark ball motion.

The Primal™ Shock takes the ultimate benchmark ball motion found in the Venom™ Shock and amps up performance by pairing it with the strong Impulse™ V2 core found in the Primal Rage. This core creates incredibly strong down-lane motion and marks a significant upgrade in overall core strength from the Gear core found in the Venom Shock. When paired with the Turmoil MFS cover, the result is a
medium-heavy and moderately angular monster that is a must have in every bag. 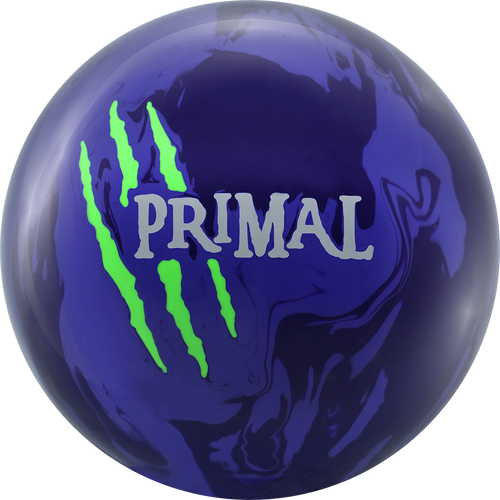